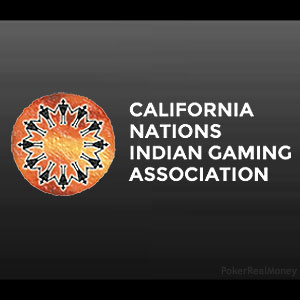 The California Nations Indian Gaming Association has expressed its disappointment that DFS legislation is being given precedence over online poker regulation.

Last week, California´s Governmental Organization Committee passed a bill that would legalize Daily Fantasy Sports in the Golden State if the proposals are given the green light by the Appropriations Committee and the Assembly.

The passage of the proposals was accelerated due to several factors. First, the bill has to be passed by the Assembly before January 28 to avoid running out of time in the current legislative session. Secondly, the author of the bill – committee chairman Adam Gray – wanted the bill passed before California´s Attorney General Kamala Harris could give an opinion on whether DFS is illegal in the state.

Despite its passage, not everybody who voted in favor of the bill was happy with the undue haste. Several committee members expressed reservations about the not fully cooked content of the proposals, while others had doubts that it complied with the Federal Wire Act. Yet only one committee member – Marc Levine – voted against the bill.

The California Nations Indian Gaming Association (CNIGA) also expressed its disappointment that the DFS proposals were rushed through with too many unanswered questions. Association chairman Steve Stallings claimed

This hasn’t had the kind of scrutiny from industry experts, law enforcement, or the justice department that Internet poker has had

Stallings said his organization was also upset that the committee had removed any discussion on Reggie Jones-Sawyer´s Internet Poker Consumer Protection Act (AB 167) from its agenda. In a press release issued after the committee hearing, the Association argued that the state needed to prove it could deal with online poker in California before taking on other forms of online gambling.

When asked about what the tribal gaming community might do should the bill proceed to a full vote in the Assembly, Stallings replied that the community would absolutely take action. Ironically, the likely argument that would be used to oppose DFS legislation is that it constitutes an expansion of gambling – the same argument that tribes not affiliated to the CNIGA are using to prevent racetracks and PokerStars from entering the online poker market.

Meanwhile there seems to be no progress between rival coalitions discussing future online poker in California. The Pechanga/Agua Caliente coalition has been approached by the CNIGA to work out some form of compromise but, according to Jeff Grubbe – Chairman of the Agua Caliente tribe – the coalition remains steadfastly opposed to licensing bad actors and race tracks.

The coalition claims that if PokerStars stepped out of the picture and the race tracks agreed to a revenue share compromise, there would have been online poker in California six months ago. However, those involved in the racing industry have said that they will not accept anything less than full involvement with online poker, while Governor Jerry Brown has insisted that he will veto any bill that comes before him without the race tracks´ involvement.

With a little over two weeks remaining before the DFS proposals have to get through the Appropriations Committee and onto the Assembly floor, it is going to be a tight squeeze for Adam Gray – who is undoubtedly going to face opposition from tribal gaming communities.

What is certain is that the passage of the DFS bill was done without proper consideration of the facts and that it constitutes a state-sanction expansion of gambling. That is something that all the tribal gaming communities agree upon. The tribal gaming communities also agree that online poker in California should take precedence over DFS. It is a start, but there is still a long way to go before anybody can be optimistic about further consensus being achieved.