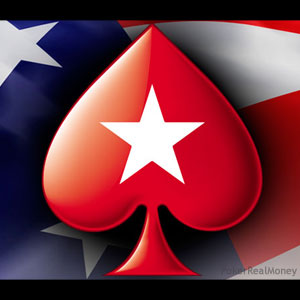 It has been almost five years since American players were (officially) able to play at PokerStars. On April 15th 2011 (“Black Friday”), the Department of Justice shut down the PokerStars site along with Full Tilt Poker and Ultimate Bet – costing thousands of players their livelihoods and forcing many professional players to emigrate to countries such as Canada and Mexico.

Now PokerStars is back – in New Jersey at least – according to a press release issued by the poker site´s parent company, Amaya Gaming. In partnership with Resorts Casino in Atlantic City, pokerstarsnj.com will enter a “soft launch” phase in the week before its official launch, during which time the site will be operational for a couple of hours each day. If all goes well, PokerStars will return on Monday March 21.

The NJ PokerStars platform will be completely alien to New Jersey players who played on the site prior to Black Friday. In 2014, PokerStars rolled out V7 of its poker software – a much more versatile platform – and has since introduced new products such Spin & Go games, changed its player rewards program from Frequent Player Points to StarsCoins and added a casino (the sports betting facility will not be available to players in New Jersey).

Being ring-fenced from the rest of the world, there will also be much less action at the tables. In line with other ring-fenced jurisdictions throughout Europe, the choice of cash games will be limited to Texas Hold´em and Omaha, Sit & Go games will take much longer to get started, and the value of PokerStars New Jersey tournaments will be a fraction of what the rest of the world plays for – probably capping off at $50,000.

To encourage former players back onto the site, PokerStarsNJ has already announced two incentive promotions. The first is a $25,000 freeroll that is scheduled for 5:00pm (ET) on Sunday March 27. The freeroll is open to any player who downloads the PokerStars software before the freeroll and either creates a new account or logs in with their previous log in details. No special ticket or deposit is required to play in the freeroll.

The second incentive for players to try out PokerStarsNJ is that, players who previously had accounts with PokerStars are being invited to log in with their previous credentials at any time before May 31 to be credited with a VIP Status and StarsCoin balance based on their previous PokerStars history. This offer also applies to previous SuperNova and SuperNova Elite players from New Jersey, whose status will be maintained until December 31 2016.

Who Can Play at PokerStarsNJ?

Anybody physically located in New Jersey – whether they are a resident of the Garden State or not – will be able to play on PokerStarsNJ. This means that players from all over the USA can create a PokerStarsNJ account and then play at the site if, for example, they are visiting Atlantic City for a major live poker event. Geolocation software will confirm each player´s physical location and block anybody trying to log in from outside of New Jersey.

PokerStars is the global leader in online poker and trusted by its customers for its robust and innovative technology, world-class security, and game integrity. We are honored and excited to now bring these experiences to New Jersey. We’re also thankful to Morris Bailey and the fine team at Resorts Casino Hotel in Atlantic City and look forward to a successful collaboration.