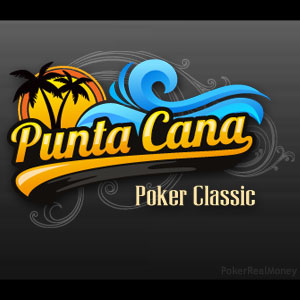 The Winning Poker Network is giving away more than one hundred packages to the Punta Cana Poker Classic in October via multiple qualifying routes.

If you fancy a poker-playing vacation in the Caribbean this fall, there is no better place to win your trip, your accommodation and your buy-in to a $500,000 guaranteed poker tournament than at sites affiliated to the Winning Poker Network.

Sites on the network – such as Americas Cardroom and Black Chip Poker – are hosting multiple promotions over the next few months that will see more than one hundred players win packages worth $4,900 to the Punta Cana Poker Classic in October.

Each package includes fully-inclusive accommodation for two at the Melia Caribe Tropical Resort in the Dominican Republic, a contribution towards the airfare, free golf, $250 in credits to spend at the spa, and the $1,650 buy-in to the Punta Cana Poker Classic Main Event.

Usually, the Punta Cana Poker Classic is a well-attended event. Now in its eighth year, the Main Event saw 466 players turn up to play last year, with eventual winner Eduards Kudriacevs pocketing $143,675 for his victory. If you play at Winning Poker Network sites, this year it could be you!

How to Win a PCPC Package

There are four ways it is possible to win a Punta Cana Poker Classic package at present, with a fifth opportunity scheduled for Sunday October 8. You can either:

The easiest route is via the weekly Beast tournament. This takes place at 6:00pm (ET) each Sunday and you can enter by either winning a seat in the network´s weekly non-contributory Beast rake race or by buying-in directly for $55.00. Each week, the Beast tournament guarantees a minimum of five packages to the Punta Cana Poker Classic.

The new Steps Sit & Go to the Caribbean is a typical steps promotion. It has eight stages that can be bought into directly and rewards the top three players in each full-ring game with a step up into the next stage of the promotion or a cash prize. This promotion is already seeing a lot of action and, as the target event draws closer, will likely qualify plenty of players for the Punta Cana Poker Classic.

On Sunday August 13, the network´s latest OSS Cub3d series gets underway – a series consisting of 141 events and guaranteeing prize money of $6.7 million. Alongside the series, the network will be running a leaderboard competition that will reward the top three players with sterling silver bracelets and a $4,900 package to the Punta Cana Poker Classic.

Finally (for the present), the network has announced it will be hosting a special Punta Cana Mega Satellite on Sunday October 8. Few details have been released about the Mega Satellite other than it will award a minimum of ten packages to the Punta Cana Poker Classic. The tournament will likely be supported by a host of satellites and sub-satellites – believed to be starting at Freebuy level.

Keep an Eye out for more Winning Opportunities

The Punta Cana Poker Classic takes place from October 24 to October 28 and, as the dates get nearer, don´t be surprised to see more innovative opportunities to win a package being introduced by the Winning Poker Network. Beforehand, don´t forget about the OSS Cub3d series. This massive three-tier tournament series is the largest the network has ever put together and features a Million Dollar Sunday event on Sunday September 3. We will have more information about this exciting event on PokerRealMoney.com as the $1 million guaranteed event approaches.