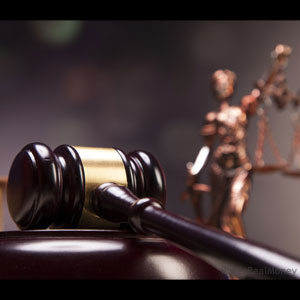 A Washington court has dismissed a class action against a social casino game provider, ruling that the purchase of virtual chips did not constitute gambling.

The class action had been brought by a plaintiff who alleged that the social casino game breached the state´s laws with regard to illegal gambling. Washington bans any game where the three elements of consideration, chance and prize are present.

The plaintiff argued that the purchase of virtual casino chips (“consideration”) extended gameplay at the social casino (“chance”) and that they had a secondary market value (“prize”). However, the court disagreed with his interpretation of social gaming on two of the three elements and dismissed the case.

Not Gambling without Consideration …

The first element of the plaintiff´s argument to hit the deck was that of “consideration”. The court heard that the social casino game was free to play without the purchase of virtual chips, and the only purpose of the virtual chips was to extend gameplay when the players´ original (free) chip stacks had been exhausted.

The court was referred to a previous ruling by the Washington Gaming Commission (WGC) that, to keep social casino games legal, there should be a way to play them for free. If “real money” is used to extend gameplay, there must be no cash or merchandize prize of value at the end of it. This brought the court onto the issue of what constituted a prize.

… and Not Gambling without a Prize

With regard to the secondary market for virtual casino chips, the court heard that the trading of virtual chips was contrary to the Terms of Service of the social game. The court noted that allowing gamers to claim damages against a game provider based on their own breach of contract was contrary to the principles of law.

In summary, the court ruled that the games were free to play and that there is never any (legal) possibility of exchanging virtual casino chips for cash or merchandize prizes. Any real money that was spent at the site was solely for the amusement that was provided by extended gameplay and, as such, the virtual chips had no real value.

Another Victory for Social Gaming Companies

The verdict of the Washington court is the second victory for social gaming companies this month. Less than two weeks ago, a judge in Maryland threw out a claim brought by a gamer who had lost money playing at an in-game casino (source).

Although there were significant differences between the two cases – the Maryland case concerned a strategy game, whereas the case in Washington concerned a social casino game – the core factor is the same. Software providers can use gambling mechanics for non-gambling purposes to monetize their products.

The concept is very similar to PokerStars (for example) selling play money chips to online poker players. However, there is still a big divide to cross before playing poker is accepted as a game of strategy and, until there is a change in the law in Washington, playing online poker for real money in Washington remains a Class C felony.