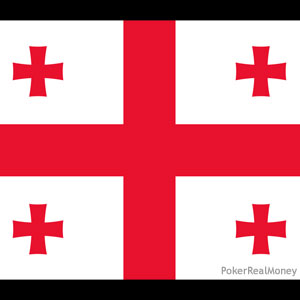 A resolution has been filed with the Georgia General Assembly that – if approved by the electorate – would see up to six casinos in the Peach State.

The resolution introduced by Rep. Ron Stephens (R-Savannah) proposes an amendment to Georgia´s constitution that would authorize the General Assembly to pass legislation to allow a limited number of licensed casinos within the state.

Rep. Stephens´ proposals intend to raise $250 million per year to support the HOPE scholarship and pre-Kindergarten educational programs, problem gambling initiatives and the communities in which the casinos are located.

A Departure from Traditional Values

Georgia has traditionally had an ultra-conservative approach to gambling, mainly thanks to the Progressive Era of the early twentieth century when moral reformists introduced controls on alcohol and gambling. To this day, the only state-sanctioned gambling permitted in the Peach State is charitable bingo and raffles, and the state lottery.

Casino cruises are allowed to run out of Brunswick and Savannah (the most popular night being Law Enforcement Appreciation Night), but previous attempts to liberalize gambling in the Peach State have failed miserably – Rep. Harry Geisinger´s proposals to allow pari-mutuel betting at the state´s horseracing tracks in 2012 the latest piece of legislation to gather dust.

However, Rep. Stephens is confident that his resolution and proposals will gather traction, following an MGM Casinos-sponsored survey found that the majority of citizens were in favor of casino coming to Georgia – especially if it were to provide more money for education. At some point, the increasing demands of HOPE and Pre-K and the decreasing ability of the lottery to keep up with them are going to convince voters to do this, Stephens said.

Rep. Stephens has been smart in his timing of the resolution. With the current session of the General Assembly due to finish next Thursday, his plan is to allow opponents of his proposals to voice their objections before the start of the next session in January 2016 so that there is plenty of time to iron out the flaws and pave the way for a negotiated agreement.

If the General Assembly then approves the resolution to include the question of casino gambling on the 2016 ballot, it will be up to the electorate to decide whether or not they want it. The Savannah Republican is also conscious that if the constitution amendment is approved by the electorate, there is no chance that anti-gambling State Gov. Nathan Deal will be able to veto it.

With projections suggesting that the introduction of casinos in Georgia could result in 10,000 construction jobs and then another 10,000 permanent jobs once the casinos are opened, the benefits to the economy could be substantial – in addition to the revenue that the state would raise through licensing fees and taxes.

The announcement of the proposals upset several religious leaders. Rev. Clarence Williams of the Berean Missionary Baptist Association was concerned that the hope of a quick buck would drive people stuck in poverty to the new casinos. I see it hurting poor folk he said, Not just black or white, but poor folks in general because we would be the one that they would be preying on.

In contrast, Ruel Joyner of the Downtown Business Association in Savannah commented,

When lottery came around, people talked about how it was going to be fire and brimstone with it and how bad it would be for the state. But the fact of the matter is, look at the Hope Scholarship. Look at how many people have been put through college.

Joyner added that he would be excited to look at any proposals that provided economic development, better education and a better infrastructure and – if the majority of the electorate agree with his views in 2016 – it might not be long before casino gambling in Georgia becomes a reality.