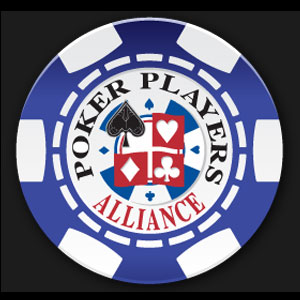 Members of the Poker Players Alliance have spoken out to quash rumors of an online poker carve-out in the proposed Restoration of America´s Wire Act.

The Restoration of America´s Wire Act (RAWA) is a proposed federal bill that was introduced into the Senate by Sen. Lindsey Graham (R-SC) and into the House of Representatives by Jason Chaffetz (R-Utah) in March 2014. As suggested by the title of the bill, Senator Graham, Representative Chaffetz and their co-sponsors aim to restore the original meaning of the 1961 Wire Act, with additional wording that would bring the Act up-to-date and prohibit many forms of Internet gambling – including online poker.

Since its introduction, the bill has been read twice in the Senate and passed to the Committee on the Judiciary. Usually, that would be where it sits indefinitely until it is forgotten about. However, a push by Republicans to see the bill passed during the forthcoming lame duck congressional session – when Senators are just keeping seats warm for those who have been voted in during the current elections – could see it openly debated – and possibly passed.

The Background to RAWA

It is no secret that the Graham/Chaffetz bill has been backed by anti-online gambling campaigner Sheldon Adelson and his Coalition to Stop Internet Gambling. Billionaire Adelson has harvested support from both Democrats and Republicans with generous campaign contributions, and has been quoted in Forbes as saying he will spend whatever it takes to win his fight against Internet gambling in America.

Adelson and his supporters have been active from grass-roots up to install fear into those unfamiliar with online poker. Claims that online poker will lead to money laundering, criminal activity and underage gambling have been complimented by local campaigns targeting job losses in states that are considering the regulation of online gambling.

Despite significant opposition to RAWA by the National Governors Association and the National Conference of State Legislators, there is a real chance that the “Restoration of America´s Wire Act” could pass through both houses in the forthcoming legislative session as a thank you to Adelson for the support he has shown to Congressmen and Congresswomen over the duration of their terms.

Should RAWA be passed into law, it would put an end to regulated online poker in Nevada, New Jersey and Delaware, and stop online casinos and online lotteries (but not online terminals in stores). Betting on fantasy sports would still be allowed (it got a carve-out in the 2006 Unlawful Internet Gaming Enforcement Act) as would pari-mutuel betting on horse racing under the Instate Horseracing Act of 1978. However, the negative financial repercussions to tax revenues would be huge, and the passage of RAWA would also set a significant precedent for Internet activity being controlled by the state.

Rumors of a Poker Carve Out in RAWA

Rumors of a poker carve-out in RAWA started earlier this year when politico.com reported that Sheldon Adelson had made an agreement with Senate Majority Leader Harry Reid to stay out of the 2014 Senate race in return for RAWA getting a clear passage. Speculation started that Reid – who is Senator for the regulated state of Nevada – would not have agreed to such a deal if there was no carve-out for online poker, or – at the least – if the proposed legislation was amended in order that the states that already have regulated online poker were grandfathered in.

Fuel was thrown on the speculation when John Connelly – BallyTech´s Senior Vice President of Business Development – was quoted at the recent US Online Gaming Conference as saying he expected a federal push to make everything other than online poker illegal in November. Connelly´s alleged statement was confirmed by Victor Rocha – editor of the news sourcing website Pechanga.net – who said that he had heard the same rumor.

The spread of the rumors prompted two of poker´s most influential spokespersons to go online and quash speculation of a poker carve-out. In an interview with PocketFive´s Dan Cypra, John Pappas – Executive Director of the Poker Players Alliance (PPA) – said that there was no reason to believe that Adelson, Graham or Chaffetz were prepared to compromise the wording of the proposed legislation to give online poker a carve-out.

At the same time, Rich Muny – Vice President of the PPA – went on the 2+2 poker forum to say that there were no signs of Adelson relaxing his views on online poker. He added that Harry Reid was known to favor banning online casinos, and that Reid might accept the prohibition of online poker in the US to achieve his own goals. Muny also commented in a later post that Adelson had publicly opposed a carve-out for poker and wants to get the legislation through before California or another big state introduces regulated online poker.

If RAWA reaches the floor of the respective houses, it will be between November 9th and the congressional beak for Thanksgiving on November 27.