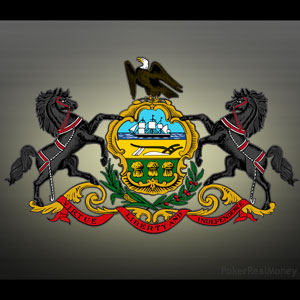 It has been reported that attempts to pass legislation in Pennsylvania that would “provide for authorized interactive gaming” are being shelved until spring.

According to a report on Card Player, Pennsylvania´s online gambling bill HB 649 is not going to be passed this year and is going to be temporarily shelved for further consideration next year. The source of the website´s claims is a spokesperson from the office of Representative John Payne – sponsor of the online gambling bill – so the claims are assumed to be credible.

Proponents of regulated online poker had hoped that Payne´s proposals would be included in the state´s 2014/15 budget. Although the House of Representatives´ Appropriations Committee approved measures to generate tax revenue from online gambling last week, a House vote on the proposals was delayed several times last week and again over the weekend.

Even if passed in the House, HB 649 faced strong opposition in the Senate. Senate Majority Leader Jake Corman told NBC Philadelphia there was insufficient support in the Senate to approve an expansion of gambling, and his opinion was backed up by Joe Markosek – the Democrat Chair on the House Appropriations Committee – who described HB 649 as a “non-starter” in its current form.

Pennsylvania´s brick and mortar casinos are not happy with the amendments, as they fear that the video gaming terminals will result in cannibalization of their income. Already suffering due to Daily Fantasy Sports, unregulated online gambling and an oversaturated market, the casinos are expected to lobby hard to prevent the passage of HB 649 – now or in the spring – while the video gaming terminal amendment remains.

This represents a major turnaround for eleven of the state´s twelve casinos, who had previously supported the bill or were neutral about it. With the exception of the Sheldon Adelson owned Sands Bethlehem – who have been fined five times in five years for allowing underage gambling and the consumption of alcohol by minors on its premises – all of the casinos had been generally in favor of regulated online gambling all the time that they were likely to benefit financially from it.

Not Everybody Upset about iGaming Delay

The news that Pennsylvania´s online gambling bill is being shelved until the spring will be a relief to Mark Gruetze – an experienced and respected gambling journalist who writes for the Pittsburgh Tribune-Review. Last month Gruetze warned against rushing through online gambling legislation solely for the purposes of resolving the budget crisis.

Writing that the debate about online gambling would not get the scrutiny that it deserves if the legislature reacted to a crisis with crisis legislation, Gruetze suggested that doing it right is better than doing it fast. He pointed out that the state had the opportunity to set a nationwide standard for player protection, public accountability and reasonable tax rates.

Rushing through online gambling legislation, Gruetze wrote, would not be in the best interests of the players. He called on the House and the Senate to take their time to consider the potential effect on the public – a request that is now even more poignant considering the amendments that were introduced to allow video gaming terminals in the state´s bars.