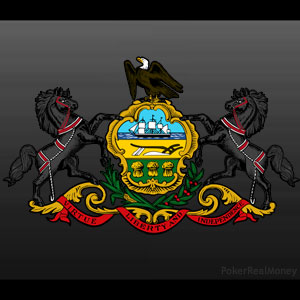 The resolution to oppose HR 707 – the Restoration of Americas Wire Act – was introduced last month by the Chairman of Pennsylvania´s House Gaming Oversight Committee, John Payne, who is also responsible for introducing one of three online gambling bills currently before the committee.

Payne´s resolution (HR 140) urged Congress to defeat HR 707 and other legislation which would prohibit states from authorizing and conducting Internet gaming. It also had a nice touch on the end of the resolution saying that the passage of HR 707 would violate the rights of the States under the tenth amendment of the Constitution.

The Significance of the Resolution

The 18-8 vote to pass the resolution sends a message to Congress that the Keystone State wants to be in control of its own decisions about regulating online gambling. According to John Pappas – the Executive Direction of the Poker Players Alliance – Sheldon Adelson’s anti-states’ rights bill would do nothing to protect Pennsylvanians online and in fact would do the opposite by forcing Internet poker players into a black market.

The passage of HR 140 could also be used as a reason for the state of Pennsylvania to lobby for an exclusion from RAWA – if it were ever to pass. Precedents exist for states being exempted from federal legislation. In 1992, Delaware, Montana and Oregon all successfully applied for an exemption from the Professional and Amateur Sports Protection Act (PASPA) to protect their sports lotteries, while Nevada managed to get an exemption from PASPA in order to continue its licensed sports pools.

The passage of the anti-RAWA resolution comes just two days before Pennsylvania´s House Gaming Oversight Committee is due to discuss “Internet Gaming and Mobile Gaming”. Unlike the recent federal hearing of the House Judiciary Subcommittee on Terrorism, Homeland Security and Investigations into RAWA – in which witnesses opposed to online gambling were loaded into Capitol Hill – the witness list for the Internet Gaming hearing looks to be a fair balance of those opposed to online gambling (Las Vegas Sands Corporation) and those already active in regulated markets (Caesars Entertainment).

The committee is also expected to hear evidence from GeoComply – the company that provided such an impressive demonstration prior to the federal RAWA hearing – and Gaming Laboratories International – one of the largest testers and evaluators of i-gaming technology. It is also anticipated that the committee will discuss John Payne´s HB 649 – the first of the three bills proposing the regulation of online gambling in Pennsylvania.

Unlikely that Anything Will be Decided Just Yet

Although tomorrow´s committee hearing will likely contribute to an online gambling bill being presented to Pennsylvania´s Assembly later this year, no decisions are expected to emerge from the committee just yet. There are two further bills on the table that need to be discussed (Nick Miccarelli´s poker-only HB 695 and Tina Davis´ more socially-aware HB 920), and a further meeting of the House Gaming Oversight Committee has already been scheduled for May 6th to discuss “Internet Gambling”.

Nonetheless, the passage of HR 140 is a significant step forward and one which was greeted with delight by the Poker Players Association – John Pappas tweeting:

Sadly, Pennsylvania looks to be the only state with any chance of introducing legislation to regulate and license online gambling this year. Speaking via Skype at the iGaming North America conference currently underway in Las Vegas, Mike Gatto – the author of one of the online gambling bills currently being considered in California – said that little progress had been made on the legislative front and I am not that optimistic that this will be the year [for online gambling in California].

You can follow what happens in tomorrow´s House Gaming Oversight Committee Hearing by following @thernandezpoker on Twitter.