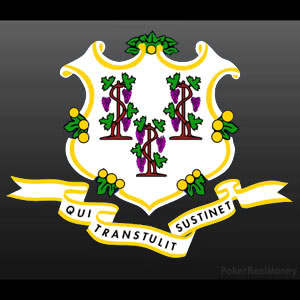 Time is quickly running out in Connecticut with regard to potential approval of online poker and gambling regulations in 2018. The current legislative session will close on May 9 and delays by a federal agency have resulted in a lawsuit that’s almost certain to hold up progress on igaming this year.

At the center of the controversy is the US Department of the Interior, and more specifically, the US Secretary of the Interior, Ryan Zinke. Appointed by the Trump administration, Zinke has apparently been stalling with regard to making a decision over approving or denying amendments to the gaming agreement that was negotiated between Connecticut lawmakers and the state’s Native American tribes.

Zinke’s stalling tactics have prompted legal action in federal court with the state of Connecticut and the tribes jointly filing a complaint against the US Department of the Interior. That federal agency oversees the Bureau of Indian Affairs, which is responsible for approving amendments to the compact under the 1988 Indian Gaming Regulatory Act (IGRA).

The amendments were deemed necessary following a pow-wow last year between the Mohegan and Mashantucket Pequot tribes, as well as state lawmakers. The parties came up with a plan to erect a new casino in East Windsor, Connecticut that would compete with a new MGM Grand Casino under construction in nearby Springfield, Massachusetts that is scheduled to open later this year.

The East Windsor project prompted the parties to modify the gaming agreement with regard to sharing slot machine revenue from the existing Foxwoods Resort and Mohegan Sun casinos operated by the tribes. The state law that authorizes the new casino in East Windsor is conditional upon the amendments being accepted by the Department of the Interior.

A recent article in Politico mentioned that Zinke’s inattention to the matter is a result of pressure from lobbyists tied to the MGM Grand in Massachusetts, who are fearful of the competition from the proposed East Windsor casino. The gaming compact revisions from Connecticut were submitted to the US Department of the Interior in mid-2017.

Online poker and gambling legislation cannot move forward in Connecticut until the East Windsor casino and the related modifications to the compact agreement are sorted out. The legal and political issues will likely take time, certainly much longer than the May 9 closure of the current legislative session.

On a promising note, the concerted efforts of state lawmakers in conjunction with the Mashantucket and Mohegan tribes bodes well for the future of igaming in the Constitution State. So too does the fact that representatives from both tribes recently voiced strong support in favor of online gambling legislation.

The tribes, as well as state legislators, have pointed to New Jersey’s online gambling revenues and the boost provided to Atlantic City casinos in making a case for the fortunes of their own state. Once the legal wrangling over the delays of the Department of the Interior has reached a conclusion, we may see Connecticut be the next state to join the online poker party.