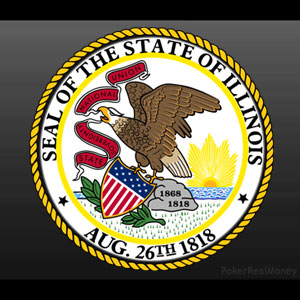 Former Chicago Police Superintendent Garry McCarthy, who recently announced his intent to run for mayor of the city in 2019, has pitched the idea of locating a casino beyond the security checkpoints at the bustling O’Hare Airport, aimed at gaining revenue from travelers in-between flights.

There has often been talk of installing slot machines at Chicagoland airports such as O’Hare and Midway, but it’s the first time that anyone suggested that a land-based casino be located within airport grounds. McCarthy floated his idea during a radio talk show, believing that a casino at O’Hare would eliminate some of the unsavory elements tied to a casino operating within the city proper.

The issue with a casino in the city … was all of the problems it causes in the community, McCarthy told WBBM-AM.

How `bout we put a casino in O’Hare Airport where now it’s for travelers coming through and it’s not going to affect the community and anybody who goes there has to go through TSA?

Chicago Mayor Rahm Emanuel is in favor of a casino in downtown Chicago, but his previous attempts to make it happen have gone for naught. The Illinois General Assembly approved a huge casino gambling bill right after Emanuel took over the mayor’s office, but Governor Pat Quinn put an end to the measure.

McCarthy made his comments following the City Council’s recent approval of an $8.5 billion expansion plan for O’Hare Airport that includes increased gate capacity, new concourses, and a new global terminal. His idea did not sit well with 40th ward Alderman Pat O’Connor, the City Council floor leader, who continues to hold out hope for a casino in Chicago.

It’s not well thought out, O’Connor told the Chicago Sun-Times. You want to have a synergy between hotels, tourism, restaurants and [entertainment] venues so that a lot of businesses get to enjoy the [activity] created from a land-based casino.

McCarthy was fired by Mayor Rahm Emanuel in 2015 following public outcry over the shooting of Laquan McDonald by one of his police officers. A suspect in a minor crime who failed to heed the demands of police officers while carrying a knife, McDonald was pelted with 16 bullets by patrol Officer Jason Van Dyke, who now is facing murder charges for the incident that was captured on videotape.

Many believe that McCarthy continues to hold a grudge against Emanuel over his dismissal more than two years ago and has thrown his hat in the ring for the mayoral race in an effort to unseat his former boss. Several candidates have already announced their campaigns to oust the current mayor.

Roughly 80 million travelers pass through O’Hare Airport each year. McCarthy’s proposal would give those travelers plenty to do while waiting for their flights, with the ready availablity of blackjack, roulette and craps tables – and perhaps even a poker room.

Rivers Casino in suburban Des Plaines is only a few minutes away from O’Hare Airport.