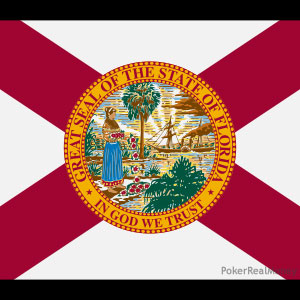 A new gambling compact in Florida guarantees $3 billion for the state over the next seven years – provided the legislature does not regulate online gambling.

Negotiations over a new gambling compact between the state of Florida and the Seminole Tribe were already underway before the existing compact expired in July. The delay to the deal was due to Governor Rick Scott holding out for a minimum $3 billion guarantee over the next seven years.

The Seminole Tribe considered the guarantee excessive, considering that the previous compact guaranteed $1 billion over five years in exchange for the exclusive right to host banked card games such as Blackjack. However, a consensus has now been reached – with the guarantee still in place – after several concessions were made to the Seminole Tribe.

The compact is actually for twenty years. The terms of the deal guarantee that the Seminole Tribe will pay the state a minimum of $3 billion of the next seven years, with a scale of revenue share being implemented thereafter – the percentages of the revenue share also being increased from the previous agreement.

In return, the Seminole Tribe will be given the exclusive right to host games of roulette and craps in addition to blackjack throughout its seven Florida venues. Other concessions include the right to opt out of the compact in 2024, reduce the guaranteed payments by up to 50 percent in the event of a recession, and cancel the guaranteed payments altogether if the state of Florida regulates online gambling.

Looking at the Online Gambling Clause in Greater Detail

Although not particularly harmful to either the state or the Seminole Tribe, the terms of the compact would harm hopes for online gambling in Florida inasmuch as it would provide ammunition for those opposed to any expansion of gambling. The spin would likely be why risk a guaranteed $3 billion when revenues from online gambling could not replace it.

The Math Behind the Argument

Opponents to the expansion of gambling would have a point. The population of Florida is twice that of New Jersey. In New Jersey, online gambling contributes less than $20 million to the state purse every year. Assuming that online gambling in Florida would contribute between $40 and $50 million annually, that is nothing compared to the reduction in revenue that might result from the Seminole Tribe pulling out of the guarantee.

Furthermore, there are issues concerning the future of online gambling in the United States. Unlikely that it is that Congress would pass Sheldon Adelson´s Restoration of Americas Wire Act, there are concerns among online gambling operators that the pace at which regulated online gambling is progressing is not worth their while to continue in the U.S. market.

If the states of Pennsylvania, California and New York fail to regulate online gambling in the next couple of years, online operators may decide to cut their losses at the end of their existing licenses and pull out of the United States altogether. It is a scenario that has already been discussed by advocates of regulated online poker, who fear that states like Florida will refrain from introducing legislation because of the disappointing returns seen to date.

The gambling compact between the state of Florida and the Seminole Tribe is not yet a done deal. Although the conditions of the compact have been agreed by both sides, the compact still has to be approved by the Legislature. That is not necessarily guaranteed to happen due to the elements of the compact that extend gambling – not only with the exclusive agreement to provide roulette and craps, but also due to an increase in the number of slot machines that will be allowed.

A number of legislators in both the House and Senate have expressed that ratifying the compact would be a heavy lift and I agree with that assessment.

There are no guarantees about whether it will clear the Legislature without major changes.

The approval hearing is unlikely to take place before the end of January. Between now and then, a court order permits the Seminole Tribe to continue providing banked card games at five of its seven casinos.