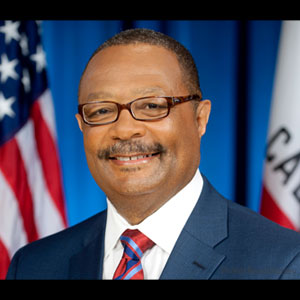 Reggie Jones-Sawyer´s new Californian online poker bill, which was supposed to be an “example for the entire nation”, has failed to impress a lot of people.

Yesterday, Reggie Jones-Sawyer introduced his much anticipated new Californian poker bill into the state Assembly. Entitled “The Internet Poker Consumer Act of 2015”, Jones-Sawyer´s proposals were much different from his previous attempts to introduce online poker legislation in California.

Claiming that the proposed legislation had been constructed after a thoughtful and collaborative discussion process – and that he had reached a broader consensus and mutual agreement with parties interested in offering online poker in California – Jones-Sawyer said that his goal of setting a standard in California that is the shining example for the entire nation remained unchanged.

Among the many changes from Jones-Sawyer´s previous proposals were that race tracks were to be included among the parties that could offer online poker in California, there was no apparent bad actor clause, and the legislation would allow for intrastate poker compacts to be formed with other states – whereas his previous proposals had confined the player database to within California.

Approved operators would pay $10 million for a four-year renewable license and would be taxed 8.5% of their gross gaming revenues. Internet cafes would be prohibited from allowing the public to play online poker on their premises, and tough new penalties would be imposed on players found to be using offshore poker sites.

The Bill – if passed in its current form – would also establish an Unlawful Gambling Enforcement Fund to provide law enforcement agencies with adequate resources to monitor compliance with the Act and prosecute offenders. Playing on an offshore poker site would be classed as a felony, for which the culprit could face up to one year in jail!

The Bill still has to go through the Appropriation Committee and Fiscal Committee stages before needing a two-thirds majority in both houses to become law. If passed, the Gaming Commission would have 270 days in which to work out all the minutiae of the Act, which would make it unlikely that online poker in California would become a reality in 2015.

Despite Jones-Sawyer´s thoughtful and collaborative discussion process, not everybody has been impressed with his new Californian poker – least of all the Pechanga Tribe of Luiseño Indians, who were very much in favor of Jones-Sawyer´s previous AB 2291, which excluded the racetracks and bad actors (read PokerStars) from operating an online poker service in California.

The tribe´s chairman – Mark Macarro – had this to say about “The Internet Poker Consumer Act of 2015”:

There is much for tribes to dislike about this bill. “We are disappointed that the bill disregards important principles from a broad coalition of respected tribes and card rooms that help prevent corporations and entities that previously violated federal law from profiting from tainted software, brands, and databases derived from illegal activity.

Tribes have been steadfast in the principle that online poker be consistent with California’s longstanding public policy of limited gaming, and that means keeping it to just tribes and card rooms. California voters have always had the final say on gaming expansion and they have already rejected expansion of gaming for horse racing.

PPA Not Over the Moon Either

Commenting on the clause of the new Californian poker bill that would result in a felony charge for players caught on unregulated poker sites, John Pappas from the Poker Players Alliance said that the organization would seek modification of the bill´s language so that operators of offshore poker sites could be prosecuted – but not the players.

One of the problems with the regulation of online poker in California is that regulated sites will have to charge more rake and offer lower player rewards to compensate for their license fees and taxes. Players who currently play on offshore poker sites will find their online poker sessions far less profitable on regulated sites, and be inclined to stay where they are.

Felony charges are not new deterrents from playing unregulated online poker. Washington State has a statute on its books that can mean jail time for a player caught playing illegal online poker. Nobody has yet been charged with the offence, but the provision for an Unlawful Gambling Enforcement Fund in Jones-Sawyer´s bill would suggest that he is serious about implementing sanctions against players who break the law.

As mentioned above, “The Internet Poker Consumer Act of 2015” is unlikely to become law any time this year, so there will be plenty of opportunities to fine-tune the language of the bill – although we do not believe that Jones-Sawyer will be able to impress everybody, no matter how hard he tries.

Unsurprisingly, the coalition was pretty enthusiastic about there being no apparent “bad actor” clause in the language of AB 167, and had this to say –

We applaud Assembly Member Jones-Sawyer for his thoughtful approach to iPoker legislation in California which takes into account many years of input from stakeholders on all sides, including the California Department of Justice. We are still looking at the fine details of AB 167, but we are encouraged that his approach will move the discussion of online poker forward in a positive direction. The bill seeks to establish a vibrant, competitive, fully inclusive marketplace with choices for consumers that enacts strong consumer protections; requires strict oversight and regulation of operators and licensees; and ensures a financial return for the state.

Our coalition strongly believes that – in order to be successful passing iPoker legislation that brings much-needed protection to consumers in a currently unregulated market – the various interests need to work together.  In place of previous attempts to use the legislative process to provide competitive advantages to a few operators, Assembly Member Jones-Sawyer’s bill brings parties with diverse interests together to move legislation forward.

It’s time to move on, and move forward. We are pleased to see that Assembly Member Jones-Sawyer recognizes this. We applaud his efforts to shift the discussion in a new and hopefully more fruitful direction.