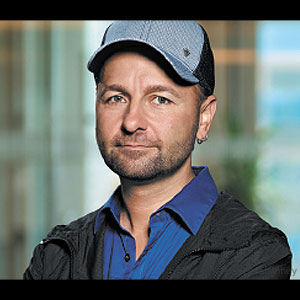 Daniel Negreanu and Jason Somerville will be hosting a play-for-fun online poker demonstration in Sacramento on Thursday to promote online poker in California.

Members of the public are being invited to attend the Sheraton Grand Hotel in Sacramento on Thursday, where they will be able to test their online poker skills against the two Team PokerStars Pros and pick up some tips about their game.

Technical experts from PokerStars will also be on hand to explain the PokerStars platform and discuss online poker in general – with emphasis on how safeguards exist to provide consumer protection, prevent underage involvement and help those with gambling problems.

The event will take place between 10:00am and 12:00 Noon with a ten-minute media presentation scheduled for 10:30am followed by a Q&A session. As soon as the Q&A session is finished, Daniel Negreanu and Jason Somerville will hit the virtual felt.

Will be in Sacramento Thursday to talk politics and online poker on behalf of @PokerStars. Feels like the right time to get CA on board!

The Californian public has largely been oblivious to the squabbles about who should and should not be allowed to participate in a regulated market and Mike Gatto – the Californian Assemblyman who introduced the Internet Poker Consumer Act of 2015 (AB9) last December – commented that of the 60,000 emails his office received last year, only “four or five” concerned the regulation of online poker in California.

More recently, the mainstream media has taken an interest in the regulation of online poker in California. Last week, the LA Times published an op-ed in which it was commented that regulation was a better alternative to unregulated poker and concluded that lawmakers should get on with introducing legislation and forget about the lobbying of the self-interested parties.

The LA Times articles was followed up this weekend by an op-ed in the San Diego Union Times in which Bo Mazzetti – the Chairman of the Rincon Band of Luiseño Indians – said it was time for the Californian public to weigh in to prevent millions of dollars in potential tax revenues from leaving the state. Mazzetti engaged in his own fear-mongering rhetoric to warn the public of the “human casualties” that result from playing at unregulated sites and warned of the social and financial consequences of allowing unregulated poker to continue.

With all due respect to Jason Somerville, the face of Daniel Negreanu will be more familiar to those on the fringe of the poker community and he will likely be the player that many will want to see. Negreanu´s presence in Sacramento – and what he has to say – may influence many of the attendees at the PokerStars event, but will his undoubted charm have any impact on the regulation of online poker in California or will he be just preaching to the converted?

Maybe his trip to California would be more beneficial if he was to pop around to Marc Macarro´s house – Macarro being the Chairman of the Pechanga Band of Luiseño Indians opposed to bad actors and the participation of the racetracks – and debate online poker in California with him. We would love to watch that discussion on Twitch!