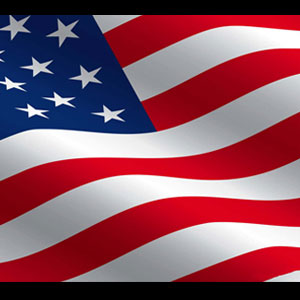 Morgan Stanley has downwardly revised its forecast for the value of online poker in the US – and we believe their figures could still be over-optimistic!

Morgan Stanley´s September “Lodging and Gaming” report was prepared from the perspective of Boyd Gaming – the Nevada-based hotel and casino operator – who has twenty-one B&M casinos scattered throughout Las Vegas and the Southern States, and a fifty percent share of Atlantic City´s Borgata Casino.

Boyd Gaming also has a 10% interest in a joint venture with MGM Resorts and Bwin.Party to provide online poker in New Jersey and it was this relationship that prompted Morgan Stanley to review the prospects for online poker in the US, and subsequently slash their previous projections in light of what has occurred since Ultimate Poker dealt the first “legal” hand on Texas Hold´em in April 2013..

Morgan Stanley reviewed factors such as the lower-than-expected spend per player and the underwhelming recent performance of the live poker market in both Atlantic City and Las Vegas when compiling their report, and revised their original projections as follows:

Morgan Stanley slashed their forecast of the value of the New Jersey online poker market in 2014 from $203 million to $127 million (down 37%) based on the assumption that PokerStars would not launch in New Jersey until January 2015.

Despite PokerStars arrival in New Jersey – and the return of payment options such as PayPal – Morgan Stanley predicts that gross gaming revenues from online poker will only increase to $203 million in 2015 (down from a previous forecast of $338 million).

Morgan Stanley´s forecast for the California market was also slashed considerably. Their research indicated that online poker in California would not go live until at least January 2016 based on the continued disagreements between self-interested parties.

Once Californian online poker is regulated (with or without the participation of PokerStars), Morgan Stanley predicts a market valuation of $260 million in Year 1 (down 40% from their original estimate of $435 million) and $610 million by 2020 (down nearly 50% from $1.2 billion).

United States as a Whole

Morgan Stanley predicts that seven states will have regulated online poker by 2017 and a total of twenty states will be offering legal online poker by the year 2020. This is pretty much in line with their thought process from a year ago, but the revenues they anticipate have dropped considerably.

From an original forecast of the online poker market being worth $3.5 billion by 2017, Morgan Stanley believe it will only generate $1.3 billion in three years time (down 64%), and that by the end of the decade online poker will generate $5.2 billion – down 32% from their original projection of $7.7 billion.

The Morgan Stanley report acknowledges that a lack of awareness and technological issues have slowed the progress on online poker legislation in the US, but still anticipates that twenty states will have regulated online poker by 2020.

Following California´s expected entry into the online poker market in 2016, Morgan Stanley believes the next wave of legislation will enable New York, Illinois and Pennsylvania to go live in 2017, with Massachusetts, Iowa and Colorado following suit a year later.

Within the following two years (by 2020), Morgan Stanley predicts that Connecticut, Florida, Michigan, Maryland and Ohio will have adopted online poker legislation and that the tide of legislation will also draw Rhode Island, Mississippi, West Virginia, Louisiana and Missouri into the online market.

Criticisms of the Morgan Stanley Report

We believe that there are several major oversights in Morgan Stanley´s research which will show their projections for New Jersey and the United States as a whole to be over-optimistic:

Morgan Stanley´s predictions for online poker in New Jersey are based on a spike in gaming revenue from when PokerStars entered the Italian regulated gaming market in March 2010. Big differences exist between the situation in New Jersey and Italy inasmuch as many Italian players were using VPNs and DNSs to hide their location and continue playing on PokerStars.com – causing a false spike in PokerStars.it traffic when the site re-launched it Italy.

Furthermore, the likelihood is that the traffic on PokerStars New Jersey will be generated from existing online players currently active on PartyPoker or WSOP.com, who will transfer over their balances to take advantage of new player bonuses and PokerStars´ superior software. Morgan Stanley´s projected 60% increase in online gaming revenues in 2015 is unlikely to materialize even if players have the option of depositing into their online poker accounts via PayPal!

In terms of the projected forecasts for the nation as a whole, Morgan Stanley has neglected to consider the impact of online poker sites such as Bovada, Carbon Poker, Americas Cardroom and Full Flush Poker. Each of these sites sees more traffic than any of the leading regulated sites in New Jersey, Delaware or Nevada (Bodog has more traffic than all the regulated poker sites combined) and all have more action, better software and more valuable bonuses than any of the regulated online poker sites can offer.

In our opinion it is unlikely that players on the offshore poker sites will leave as soon as regulation materializes in Morgan Stanley´s list of states projected to legalize online poker, and we expect Morgan Stanley´s projections for online poker in the US to be further slashed in the future!

You can make your own mind up by reading the full report here.