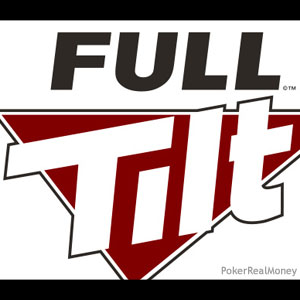 The Garden City Group has confirmed that a further $5.5 million is to be paid out this month to former US Full Tilt players as part of the remission process.

Nearly four and a half years after Black Friday, thousands of former players on Full Tilt Poker are still waiting for their account balances to be refunded to them. Whereas some players may have given up hope of ever seeing their money again, those who persevered with the remissions process have been seeing funds released by the site´s administrators at regular intervals.

Now, for approximately 1,900 former players on Full Tilt Poker, the long wait for the return of their money is nearly over. Yesterday the Garden City Group– the company responsible for administering Full Tilt Poker refund claims – announced that a further $5.5 million is to be paid out in the coming weeks, mostly to players who had disputed balances or those who had information missing from their original claim.

The latest batch of Full Tilt Poker refunds will mean that 92% of all the claims received by the Garden City Group will have been settled. In total more than 40,000 former Full Tilt players will have received the return of their bankrolls, including many who requested cashouts prior to Black Friday which were never processed due to intervention by the FBI.

According to John Pappas – the Executive Director of the Poker Players Alliance – there are only around 3,800 claims still to be resolved. Most of these relate to players who were late making their claim for a refund and, although they should be easier to resolve than the claims where balances were disputed, no timeframe has been indicated for when the next (possibly last) payments will be made.

Plenty of Money Not Claimed

Although more than $100 million has already been repaid to players who had funds in their accounts when the site was closed by the FBI and its license revoked by the Alderney Gambling Control Commission, this latest batch of payments leaves around $80 million outstanding from the $184 million PokerStars paid the Department of Justice when it took over Full Tilt Poker.

The discrepancy between the $184 million fund and the amount that will be eventually returned to players is primarily due to players not bothering to make a claim. This may be because their Full Tilt Poker balances were relatively small or because mistakes were made in the calculation of their balances due to the failure to complete the remission process properly. Any outstanding balances remaining after the remission process is completed will be moved to the Department of Justice.

Still Time to Make a Claim

If you were one of the former players on Full Tilt Poker who did not bother making a claim for the return of your money, and you would rather your money not go to support the Department of Justice, there is still time to get involved with the remissions process. Full instructions on how to register your claim appear on www.fulltiltpokerclaims.com – the official website of the Full Tilt Poker claims administrator – but you must register your intend to claim a refund no later than 31st October 2015.