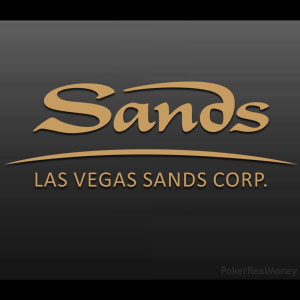 Las Vegas Sands has agreed to pay a $2 million fine to the Nevada Gaming Control Board in order to make anti-money laundering charges disappear.

In what amounts to no more than a slap on the wrist for the Las Vegas Sands, the international multi-billion casino operation has agreed to pay $2 million to the Nevada Gaming Control Board for breaching anti-money laundering regulations in Las Vegas and Macau.

The charges were brought by the Nevada Gaming Control Board after the Securities Exchange Commission and the US Treasury had reached $9 million and $47 million settlements respectively for the failure to maintain proper records in relation to $62 million paid to a consultant in Asia.

Allegedly, the consultant helped obscure the Las Vegas Sands´ role in business transactions in China; although neither the Securities Exchange Commission nor the US Treasury accused the company of bribery in violation of the Foreign Corrupt Practices Act.

The $2 million fine also covers allegations that the Venetian Resort failed to report suspicious activity by a suspected drug trafficker to the authorities – a charge that the Las Vegas Sands declined to admit or deny. The settlement is still subject to approval from the Nevada Gaming Commission, who will discuss the matter next week.

For an organization that is supposed to regulate Las Vegas´ casinos in order to ensure player protection and a safe gambling experience, the size of the fine – if approved – is toothless and disproportionate to the nature of the alleged crimes, and the financial benefit the Las Vegas Sands gained from them. It also continues a long history of inappropriate fines issued by the Nevada Gaming Control Board and the Nevada Gaming Commission.

The largest financial penalty ever issued by the regulatory bodies was in January 2014, when a sports betting subsidiary of the (then) Cantor Gaming – CG Technology – was hit with a $5.5 million penalty for accepting illegal bets. The fine represented less than one-sixth of the estimated profit made by the company, and the Nevada Gaming Commission decided against revoking or suspending the company´s license despite its flagrant breach of the rules.

It also seems that the larger you are the less you pay. Prior to the CT Technology fine, the largest financial penalty imposed by Nevada´s regulators was in 2003 against the MGM Mirage – now MGM Resorts International. The company was fined $5 million for 15,000 breaches of the Bank Secrecy Act. More recently, Caesars was fined just $1.5 million for failing to file any suspicious activity reports during one quarter of 2012, despite 37 significant wire transfers being received from Asia.

Bring Back the Days of the Mob

The ludicrously small fine imposed on the Las Vegas Sands and the failure to revoke the company´s gaming license has attracted plenty of criticism. One commentator on VegasInc.com alleged that the Las Vegas Sands made $3.2 billion in a single quarter from their operations in Macau and that the fine is unrepresentative of the boat load of cash they got off the scam.

Other comments effectively accused the Nevada Gaming Control Board and Nevada Gaming Commission of cronyism – assuring readers that the Las Vegas Sands would have openings for members of the two regulatory bodies when the time came – while one suggested This makes the mob days look wonderful.

The return of the mob might not be preferable to the current incumbents, but you have to query the effectiveness of Nevada´s regulators and how their actions represent player protection and a safe gambling experience.