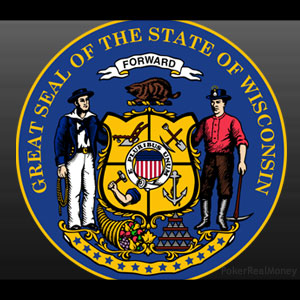 The debate about whether luck or skill is the overriding factor in certain forms of gambling has been revived in Wisconsin – this time focusing on DFS.

Back in 1964, the Supreme Court of Wisconsin ruled against a bar owner that had been prosecuted for hosting live games of poker (State vs Morrissy) on the grounds that § 945.01 of the state legislature defines a bet as dependent upon chance even though accompanied by some skill.

That verdict was put to the test last year in Verrett vs Van Hollen, when the PPA´s Director for Wisconsin (Steve Verrett) challenged the Attorney General about the state´s interpretation of the law. Despite being presented to a sympathetic judge, the challenge failed.

Now, Republican Representative Tyler Vorpagel is reviving the luck vs skill debate again with the introduction of a bill (AB 800) that aims to classify Daily Fantasy Sports as a game of skill to circumnavigate the state´s strict anti-gambling laws.

The key element in AB 800 is the classification of Daily Fantasy Sports as a game of skill. The proposals intend to create an exclusion for DFS in the state´s definition of betting on the grounds that:

All winning outcomes reflect the relative knowledge and skill of fantasy game participants and are determined predominantly by accumulated statistical results of the performance of individuals, including athletes in the case of sporting events.

If the redefinition of gambling on Daily Fantasy Sports is accepted, Vorpagel proposes to charge DFS operators providing games to more than 750 participants a licensing fee of $150,000. The license would be renewable each year at a cost of $30,000, provided that the operator has implemented procedures for player protection and to avoid insider trading.

In a press release accompanying the introduction of the bill, Vorpagel said:

Recent news reports and legal actions taken in other states makes it clear to me that it is important to codify into Wisconsin Statute that [daily fantasy sports] continues to be a legal activity and provide for a certain amount of regulatory oversight and consumer protections for the numerous participants in Wisconsin.

The Implications of the DFS Luck vs Skill Debate

Although solely creating a carve-out for Daily Fantasy Sports, Rep. Vorpagel´s proposals have implications for poker in Wisconsin – both live and online. At present, live poker is only permitted in tribal casinos. Even $10 home games are prohibited.

Should Rep. Vorpagel´s proposals be adopted, it would open the door for legislation to be introduced for the legalization of poker in Wisconsin and possibly the regulation of online poker. After all, if Daily Fantasy Sports is accepted as a game of skill because “winning outcomes reflect the relative knowledge and skill of … … participants”, surely this is an argument that could be applied to poker as well.

If the argument holds up, there should be no reason to delay the regulation of online poker in Wisconsin. If Daily Fantasy Sports is allowed over the Internet, why not poker? Surely the opponents of online gambling cannot accept one form of online gambling and reject another? Although we have to remember that we are talking about the morals of politicians in this debate, there may also be an opportunity for the PPA to appeal against the verdict in Verrett vs Van Hollen if Vorpagel´s proposals become law.

The Prospects for AB 800 Are Not Good

Unfortunately the prospects of Rep. Vorpagel getting his legislation passed are not good. Although Assembly Speaker Robin Vos has not commented on the new bill, a spokesperson for Senate Majority Leader Scott Fitzgerald said that there are no plans to introduce a companion bill in the Republican-controlled Senate, who are generally against legislation to expand gambling in any format.

Vorpagel´s proposals are also likely to be closely scrutinized by the tribal casinos. Currently Wisconsin has compacts with eleven Indian tribes and these compacts generate revenues for the state in excess of $50 million each year. Not only are the tribes likely to be unhappy with the relatively low licensing fees for DFS operators, but also that the regulation of Daily Fantasy Sports violates their exclusive casino rights.

No doubt this is a story that will be worth following over the next couple of months to see if a doorway opens for the legalization of poker and the regulation of online poker in Wisconsin.