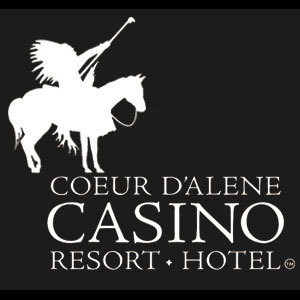 A US District judge has issued an injunction to stop poker tournaments at the Coeur d’Alene Casino in Worley until a lawsuit against the casino is resolved.

Back in May, the Coeur d’Alene Casino in Worley, Idaho, opened a new poker room to host poker tournaments, despite all forms of gambling except slot machines, charitable bingo and off-course betting being prohibited by the Idaho State Constitution.

The casino believed that because it was a tribally owned venue – and because Texas Hold´em is a game of skill rather than one of chance – the state´s gambling laws did not apply. The casino also reasoned that because Texas Hold´em is not a house-banked game (such as Caribbean Stud Poker), it was not covered by the compact between the Coeur d’Alene tribe and the state allowing Class II gambling.

Shortly after the casino opened its doors to Idaho poker players, State Governor Butch Otter and Attorney General Lawrence Wasden filed a lawsuit against the Coeur d’Alene Casino – alleging that their poker tournaments were in breach of the Indian Gaming Regulatory Act, which allows tribes only to offer games that are legal within the state in which the casinos exist.

Governor Otter defended the action by saying that the state had warned the Coeur d’Alene tribe not to go ahead with offering games of poker, while Attorney General Wasden said that litigation was necessary to ensure the tribe complied with the terms and conditions of the current Class II gaming compact.

The state asked for an injunction to be served on the casino in June, but the request was denied by U.S. District Judge Lynn Winmill – who recommended that the state and tribe to go to arbitration over the issue. Due to confusion over who was supposed to be leading the arbitration, the review of the case never happened, and it was back in court last week – with the tribe moving to get the case dismissed and the state still looking for an injunction against the casino hosting poker tournaments.

Judge Finds in Favour of the State – Temporarily

At the hearing Judge Winmill noted that the question of allowing Class III gaming activities on tribal lands had been raised in 1994 and dismissed (Coeur d’Alene Tribe v. Idaho, 842 F.). The judge denied the tribe its request to defer to the National Indian Gaming Commission (NIGC) to determine whether Texas Hold´em should be categorised as Class II gaming, and said that the intention of the hearing was to establish whether or not the Coeur d’Alene Casino had grounds to dismiss the state´s case against them.

The judge decided that the state´s case could not be dismissed because there were still unanswered questions about the legality of poker in Idaho. He also granted the state an injunction against the casino to prevent them from hosting any further poker tournaments, on the grounds that the state´s case was likely to succeed when it was eventually heard and, as the court´s interpretation of the laws was that poker in Idaho was illegal, it was in the public interest to agree to the state´s request for an injunction.

The Coeur d’Alene tribe immediately announced it would file an emergency appeal to stay Judge Winmill´s ruling – claiming that the court did not fully consider some of the tribe´s valid arguments. Helo Hancock – the tribe´s director of legislative affairs – commented that the tribe did not want to go to litigation and were still keen on arbitration. He said

Chairman of the Coeur d’Alene tribe – Chief James Allan – expressed the tribe´s disappointment with Judge Winmill´s decision to issue an injunction. He argued that poker is widely played across the state and it was ridiculous to consider that everybody playing poker in the State of Idaho was breaking the law.

Pending the outcome of the tribe´s emergency appeal, the poker room at the Coeur d’Alene Casino has now temporarily closed.