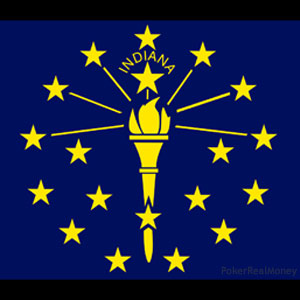 A Bill intended to legalize online betting on horseracing has passed through Indiana´s lower chamber by a substantial majority – without even being debated.

In a lesson to every other state about how to pass online gambling legislation, Indiana´s General Assembly passed Representative Robert Cherry´s HB 1270 – a Bill which will allow “advanced deposit wagering” on the Internet – by a majority of 81-15, without it being debated.

Although the Bill simply reverses laws passed several years ago which mistakenly criminalized advanced deposit wagering on the Internet, and which restricted Hoosiers to placing pari-mutual bets at the states´ two racetracks or at four off-track betting facilities, the speed at which the Bill passed through the General Assembly was a shock to many – prompting House Speaker Brian Bosma to comment “Does everybody understand the content of the Bill?”

Bringing Online Gambling Back to Indiana

The content of the Bill aims to establish a licensing procedure for online “secondary pari-mutuel organizations” that would then be allowed to accept bets on the Internet from residents of Indiana. Proceeds from the licensing fees and taxes on the organizations´ profits would be used to support the Hoosier State´s horse racing industry and the two horseracing tracks at Indiana Downs and Hoosier Park.

The Bill´s author claims that thousands of Hoosiers are already gambling online via out-of-state “illegal” operators, and that Indiana´s horse racing industry is losing money as a result. The tracks in Indiana – who also own the off-track betting facilities – are seeing business drained from their operations by the convenience of online gambling, and Representative Cherry claims that his Bill corrects that problem.

But Is HB 1270 an Expansion of Gambling?

After its rapid passage through the General Assembly, HB 1270 will now go to the state Senate. Although it is likely to pass through the higher chamber with equal velocity, the question still remaining is will Governor Mike Pence allow the Bill to become law. Pence has indicated that he is opposed to an expansion of gambling in Indiana, but has never indicated how he defines an “expansion”.

Attempts last year by Indiana´s casinos to compete with casinos in neighboring Ohio failed to gain traction, even though all they wanted to do was replace some of their slot machines with more table games. More importantly, Pence (knowingly) voted in favor of the federal Unlawful Internet Gaming Enforcement Act (UIGEA) and last May he publicly declared his support for the Restoration of Americas Wire Act (RAWA).

Supporters of online poker in Indiana do not hold much hope that HB 1270 will lead to the relaxation of other anti-gambling legislation. The current law relating to “unlawful gambling” (Indiana Code 35-45 Chapter 5) prohibits all forms of gambling (including online gambling) that is not expressly sanctioned by the state; and, while Governor Pence is still in charge, there is little chance that this is going to change.

However, the threat of being charged with a Class B misdemeanor (the equivalent to being publicly drunk) has not dissuaded Indiana poker players from continuing to play online – and Representative Cherry´s assertions that tens of thousands of Hoosiers are gambling on out-of-state sites would seem to prove that. Plenty of Indiana poker players can be found playing at out-of-state poker sites which welcome Hoosiers with substantial poker bonuses and player benefits.