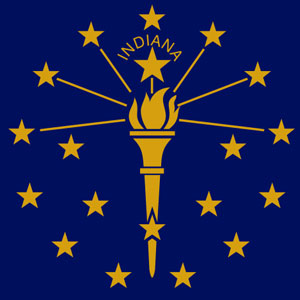 Proposals for the expansion of gambling in Indiana could be put on hold if a definition of “expansion” is not agreed before next year´s legislative session.

If you thought introducing gambling legislation was not difficult enough, lawmakers in Indiana have just given themselves another hurdle to overcome by deciding that they first need to define the word expansion.

The need for a definition has come about after the State´s Governor – Mike Pence – said he would not support any expansion of gambling in Indiana, but declined to say what he considered to be an expansion.

Supporters of the gambling industry believe that Pence is asking the state´s lawmakers to come up with new ways to support the ailing industry and increase tax revenues from gambling, after the State´s income fell almost $100 million in 2013 – forcing major cuts in other areas of the budget.

Blame Ohio – Everybody Else Does

The blame for the decline in revenues has been shoved over the border to neighboring Ohio. In 2010 the State of Ohio passed legislation that allowed for four new casinos including the massive 100,000 sq. foot Horseshoe Casino in Cincinnati on the Indiana/Ohio border.

The two racetracks at Indiana Downs and Hoosier Park would be the biggest beneficiaries of this change, and Jim Brown – the President of Centaur Gaming who owns the two racetracks – has indicated that the passing of legislation allowing them to offer live dealer games could result in significant benefits to the state and local communities. Addressing Indiana´s Public Policy Interim Study Committee, Brown said:

By replacing one unit of gambling with another, the gambling industry hopes to circumnavigate Governor Pence´s refusal to support an expansion of gambling in Indiana – a state renowned for its gambling history and which once generated more revenues from gambling than from personal income taxes.

Not surprisingly there have been no attempts to introduce a bill to regulate online poker – which is classified as a Class B misdemeanor under § 35-45-5 of the Indiana Code and which (unusually) includes a section on gambling over the Internet.

Indiana´s population of 6.5 million would not produce much of an online poker market, and online poker companies are pursuing regulation in more substantial markets. Furthermore, Indiana´s online community already has plenty of options available.