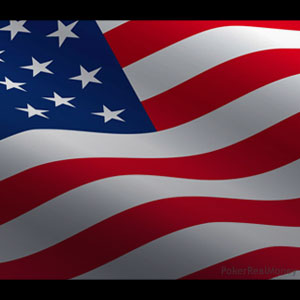 Next Wednesday (9th December) a RAWA-related hearing has been scheduled for the House of Representatives Committee on Oversight and Government Reform.

The hearing – entitled “A Casino in Every Smartphone – Law Enforcement Implications” – is the next stage in the legislative process for the Sheldon Adelson-backed “Restoration of Americas Wire Act” (RAWA), an Act which proposes to reverse the opinion of the Department of Justice and ban some forms of online gambling throughout the US.

If ultimately successful, the Act would wipe out regulated online gambling in Delaware, New Jersey and Nevada, and online lottery sales in states such as Georgia, Illinois and Michigan – who rely heavily on the revenue to support their education funding. It would also scupper the chances of online gambling being regulated in California, New York and Pennsylvania.

More Cronyism, or Some Actual Debate?

Back in March, the first stage of the legislative process was overshadowed by ludicrously-biased witnesses spouting unreliable and unjustifiable arguments to the House Judiciary Subcommittee on Terrorism, Homeland Security and Investigations. This time, committee chairman – Jason Chaffetz (a co-sponsor of RAWA) – may have more difficulty in orchestrating a sympathetic hearing.

Whereas the Judiciary Subcommittee consists of sixteen members – five of whom were either sponsors or co-sponsors of the Act – the House Committee on Oversight and Government Reform consists of forty-three members, many of whom are concerned about how the language of RAWA would eradicate the states´ rights guaranteed by the tenth amendment.

Would Adam Laxalt Still be a Credible Witness?

The witness list has not yet been released, but the chances are that it will include Nevada Attorney General Adam Laxalt. Despite representing the legal interests of a state that has regulated online gambling, Laxalt recently admitted on the Jon Ralston show that he would support a letter being circulated among Attorney Generals calling for the Restoration of Americas Wire Act.

Laxalt´s campaign to become Attorney General for Nevada was bankrolled by Sheldon Adelson, and his sister works for j3 Strategies – a lobbying company whose clients include the Sheldon Adelson-owned Las Vegas Sands and the Sheldon Adelson-run Coalition to Stop Internet Gambling. His participation in the hearing could be very interesting.

Poker Players Alliance on the Case

Even before the hearing was confirmed on the committee´s website, the Poker Players Alliance was launching a call to action and asking all its members to bombard committee members with Tweets saying that prohibition protects no one, and that the best way to protect consumers and “crack down on illegal sites” was to promote regulation.

Take action to defend #poker from an unwarranted attack prior to next Wed. hearing in US House of Reps https://t.co/CQl8RTJE9h

Don´t Panic – The Sky´s not Falling

Irrespective of next week´s hearing, there is still a long way to go before the Restoration of Americas Wire Act gets anywhere near the desk of President Obama – if it gets there at all. In the event that the proposals pass the House of Representatives Committee on Oversight and Government Reform, RAWA would first have to be passed by a full hearing of the House of Representatives before progressing onto the floor of the Senate.

If the only issues were about the impact on existing state legislation – and why Daily Fantasy Sports and horseracing have a carve-out, when online poker and online lotteries don´t – the passage of RAWA would already be bumpy. Add accusations of cronyism (called “corruption” in the rest of the world) and fears about the eradication of states´ rights, and the chances of RAWA even getting a hearing in the House of Representatives is remote.

If you would not rather take the chance that the members of the House of Representatives Committee on Oversight and Government Reform will see through the Sheldon Adelson backed campaign to protect his own casino interests, visit the Poker Players Alliance web site, and do your bit to “defend poker from an unwarranted attack”.