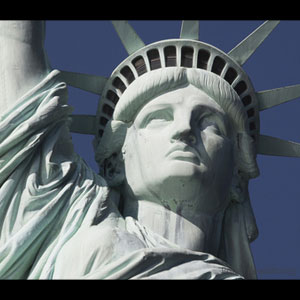 The budget passed by the New York State Senate at the end of March failed to include online poker regulation, leading many to believe that yet another year would go by without i-poker legislation approved in the Empire State. But hope has been restored amid a new push made by Assemblyman Clyde Vanel.

A Democrat from the 33rd District, Vanel chairs the Subcommittee on Internet and New Technology and believes that online poker may be greenlighted by his colleagues in the Assembly later this year. Those colleagues failed to even vote on the proposal the last two years, and also so far in 2018, despite solid approval by the State Senate in all three years.

The most recent favorable Senate vote for approving online poker came in January 2018. And now, three months later, Vanel is predicting that A 5250, a bill that dutifully categorizes poker as a game of skill, may soon have more than five dozen sponsors.

The measure currently lists 13 co-sponsors, but support is apparently on the rise. That has led to Vanel’s optimistic outlook on passage of online poker legislation in 2018, which would make New York the fifth state to do so since Nevada broke the ice way back in 2013 following a DoJ ruling that gave individual states the right to go forward with i-gaming regimes at their own discretion.

With enough co-sponsors, I like it to get out of committee and onto the floor (for a vote) Vanel told OPR. I think we have a good shot of getting it through this year.

Senate support for i-poker regulation has been led by Sen. John Bonacic. His efforts have resulted in almost unanimous approval among his fellow Senators.

The sticking point has been the Assembly, where a bit of momentum was achieved in 2017 thanks to Assemblyman J. Gary Pretlow, who began backing the measure. As chair of the Assembly Racing and Wagering Committee, Pretlow’s support was a big deal.

Chairman Pretlow is a great champion for it, and now he has the partners to bring it through, Vanel added.

New Yorkers Can Play a Role

New York citizens can also be champions for online poker, according to Vanel. The Assemblyman made it clear that poker players within the state need to make their voices heard.

Sending a note or a tweet to your local lawmaker telling him or her that you want the right to play regulated online poker can go a long way if enough people reach out. While there will always be some who are opposed to online wagering, the citizenry who are for it can play a part by strongly suggesting to their politicians that opportunites (and revenue) are falling by the wayside as long as online poker legislation remains in limbo.

Although an Assembly vote on i-poker likely won’t happen until June, the fact that support for the measure is gaining traction by way of bill sponsors is indeed a good sign. Vanel tried hard to get online poker included in this year’s budget. That endeavor unfortunately fell short, but he may be able to drum up the backers needed by summertime. Stay tuned.