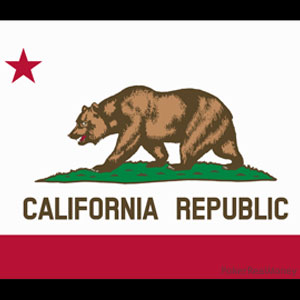 After a period of intensive inactivity, four hearings have been scheduled in the near future to discuss the online gambling proposals introduced in California.

Earlier this week at the i-Gaming North America conference, Assemblyman Mike Gatto – one of four authors of online gambling proposals in California – commented that he held out little hope for the regulation of online gambling in the Golden State this year due to “little progress [having] been made on the legislative front.

Just forty-eight hours later, and the news broke of four joint “informational” hearings scheduled for the state´s Senate and Assembly Government Organization committees between April 22nd (surprised Gatto did not know about this one) and July 8th.

The order of the hearings is a little mystifying, as they start on April 22nd with a hearing on AB 431/SB 278 – the “blank canvass proposals” jointly introduced by Assemblyman Adam Gray and Senator Isadore Hall.

AB 431 and SB 278 have very little content, and were justified at the time of their introduction because the authors of the Bills – in their respective positions as Chairmen of the Senate and Assembly Government Organization committees – would be in the best position to lead “a productive dialogue on an Internet poker regulatory framework”.

However, both committee chairmen were criticized last month by David Quintana – an influential lobbyist on behalf of various tribal organizations – for wanting to be seen in control of the legislative process, but having no intention of seeing their bills passed or allowing any other legislation through the committees.

Gatto and Jones-Sawyer Proposals to be Heard Last

The sequence of committee hearings continues on May 20th, with a general discussion on “Overview of Gambling in California – Legality, Authorization and Regulation” and then, on June 24th, a second general discussion is scheduled to consider “The Legality of Internet Poker – How Prepared is California to Regulate It?”

Finally, more than eight months after it was first introduced, Mike Gatto´s “Internet Poker Consumer Act of 2015” (AB 9) will get a hearing on July 8th – alongside Reggie Jones-Sawyer´s version of the Act (AB 167).

The final hearing should be particularly interesting as it sees Mike Gatto´s “no-bad-actors-and-no-racetracks” proposals pitted up against Reggie Jones-Sawyer´s “example for the entire nation” – which allows everybody to participate in an open marketplace and includes the opportunity for California to form compacts with other states offering regulated online gambling.

Agenda and Witnesses Still to be Confirmed

The hearings are described as “informational” because they are intended to bring new committee members up to speed with the online gambling proposals; and, although the line-up of witnesses is still to be announced for each of the hearings – and no agendas have been distributed – John Pappas from the Poker Players Alliance has already revealed that he will be testifying before the committee at next week´s hearing.

I will be testifying before the CA Assembly next week to promote regulated internet #poker. Let’s do this in the Golden State! -jp

Hopefully Pappas´ enthusiasm for regulated online poker will drive the joint committee hearings into a higher level of action than has been witnessed to date. Most observers believe that the regulation of online gambling in California in any format will not be seen until 2016 at the earliest – not only because of the intensive inactivity of the Government Organization committees, but because the stakeholders in any future legislation are bitterly divided about who should be included and who should be left on the sidelines.

Even if the scheduled committee meetings do not result in the regulation of online gambling in California this year, the information learned by the committees´ members should move forward the introduction of legislation by some degree this decade!

One comment on “Hearings Scheduled for California Online Gambling Proposals”