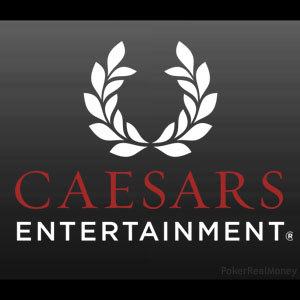 The company´s intention to convert into a real estate investment trust was fought through the courts by secondary creditors who would have received practically nothing out of the deal. The secondary creditors accused Caesars of asset-stripping the bankrupt company and moved to have the bankruptcy case heard in Delaware, where it would be harder for Caesars to protect the transferred assets.

Initially they had the support of District Judge Shira Scheindlin, who ruled that Caesars was in breach of the federal Trust Indenture Act of 1939. However, a Delaware judge took offence at the speed at which the secondary creditors had rushed to court and allowed Caesars to have the case heard in Chicago – potentially wiping out $10 billion of debt owed to the secondary creditors.

In the following ten months, it would be fair to say that the battle to resolve the bankruptcy issues has not been fought on friendly terms. Caesars has attempted to block any investigation into its pre-bankruptcy disposals, while the secondary creditors have been to court to dispute the dates of the hearings.

Caesars has even managed to upset its own attorneys – asking for a reduction in fees estimated to be costing the company $1 million each day. The company also failed in its attempt to suspend a payment owing to the National Retirement Fund and is facing more court action in Delaware over its abandoned $7 billion in debt guarantees for its subsidiary.

Things have been looking pretty gloomy for Caesars since their solitary victory to have the case heard in Chicago. If – as looks likely – the company´s pre-bankruptcy asset transfers are ruled illegal, it is possible that the whole of the Caesars group would have to join Caesars Entertainment Operating Co. in filing for Chapter 11 bankruptcy – a scenario that could result in the closure of the groups´ resorts and the loss of thousands of jobs.

Harry Reid to the Rescue? Not Quite

There was however a light at the end of the tunnel. Democratic Minority Leader and Nevada State Senator Harry Reid proposed an amendment to the Trust Indenture Act that would have allowed Caesars Entertainment Operating Co. to disregard the lawsuits and continue with its restructuring proposals.

A similar amendment had been rejected from this November´s Transport Bill, as it would have affected proceedings against a company that had saddled students with massive debts in return for worthless diplomas, but Reid – who has received significant financial support from Caesars during his term as State Senator – rewrote the amendment and tried to slip it into the must-pass Omnibus Act.

Fortunately – for the secondary creditors of Caesars Entertainment Operating Co. at least – fellow Senate Democrats saw through Reid´s parting gift to Caesars (Reid retires from office next year) and kicked his amendment into touch. Bankruptcy proceedings will now continue next year after independent investigator Richard Davis completes his report into the pre-bankruptcy transfer of assets and a decision is made whether Caesars considered its creditors´ best interests before making the transactions.

My bet is that they definitely considered their creditors´ best interests, and went ahead with the transfer of assets regardless!