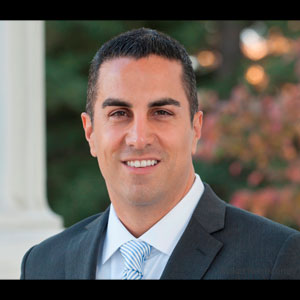 Assemblyman Gatto has made the first of many changes that will be required before his proposed Californian Online Poker Bill has any chance of success.

Back in December, Assemblyman Mike Gatto surprised many observers of the Californian online poker market by introducing his Internet Poker Consumer Act of 2015 (AB9) ahead of Reggie Jones-Sawyer´s promised example for the entire nation.

The language of the proposed legislation mirrored that of Jones-Sawyer´s AB2291 from 2014, in that it excluded the racetracks and contained a “bad actor” clause that would have excluded PokerStars from the online action in California.

Other contentious issues included the requirement for players to register an online account in person at a brick and mortar casino. This proposal was a nod to opponents of online poker in California who were concerned about underage terrorists laundering money through micro-stakes NLHE.

Underage Terrorists off the Hook

Yesterday, Gatto announced that he was scrapping the mandatory requirement to make players register in person and making it an option. More cynical readers might feel that this was a response to Californian poker players bending his ear about having to get off their a***s to register an account, but according to Gatto´s press release –

After meeting with security experts and hearing from poker players and industry professionals, I have concluded that online poker would be best served by making in-person registration an option rather than a requirement. State of the art technology currently used by operators in other states when registering players accesses many of the same databases used by financial institutions to verify the identity of registrants and prevent fraud.

Gatto believes that giving players the option to register an online poker account at a brick and mortar casino will still generate foot traffic to the casinos, and he is also considering ideas to introduce an annual Californian Casino Tournament that would drive online players to brick and mortar establishments.

No Word on Racetracks or PokerStars

The amendments to the Internet Poker Consumer Act of 2015 fail to mention anything about the inclusion of racetracks or PokerStars. Last year´s attempts by Reggie Jones-Sawyer to introduce online poker legislation in California came off the rails because the racetracks were not included in the proposals, and any Internet poker legislation that is passed is likely to face a legal challenge from Amaya if PokerStars is excluded.

However, Gatto has said he wants to increase the penalties for unlicensed online poker sites operating outside of California to “keep our money here in the Golden State”. He intends to add proposals to his bill which would make it a felony to offer unlicensed online poker games to Californians and give the Attorney General additional resources to enforce the new regime. Gatto said:

California has led the world in computer and Internet innovation, including online security and screening, and there is no reason why we can’t lead with a sensible online-poker framework. These amendments are derived from time-tested business practices that have received significant support from stakeholders. Lawmakers should listen to feedback from experts as they seek to form sound public policy.

Very Little in the Big Scheme of Things

Gatto´s changes to his Californian Online Poker Bill probably mean very little in the big scheme of things. Online poker in California would have failed if players had been forced to register and make their first deposits at brick and mortar casinos because most players would not have bothered.

Californians will still play poker on unlicensed sites because of lower rake and bigger rewards on offer, and because the unlicensed sites also provide casino games and sports betting – something that is not accommodated in Gatto´s poker-only Bill.

Gatto´s willingness to listen is admirable, but his Internet Poker Consumer Act of 2015 is going to need plenty more amendments before there is any chance of regulated Internet poker in California in 2015.