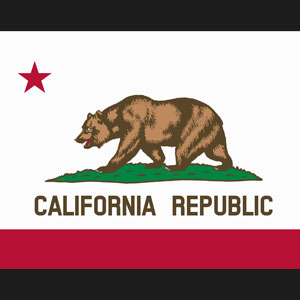 Democratic State Senator Lou Correa has shelved attempts to pass his California Online Poker Bill due to time running out in the current legislative session.

According to a report in the LA Times, Senator Correa (D – Santa Ana) has withdrawn his proposed Bill SB 1366 to legalize Internet gaming in California due the lack of time available and a willingness to ensure it is done right.

With less than a month to go in the current Californian legislative session, Correa explained that there was not enough time to make the changes required to get consensus for the Bill from Indian casino operators, get the Bill through the committee stage and hold a vote.

The withdrawal of SB 1366 by Senator Correa – who is also the chairman of the Senate Governmental Organization “GO” Committee, the Committee which has control over matters related to gambling – is a major setback for regulated online poker in California.

Correa´s Bill was considered to be the more reasonable of two proposals currently under discussion, and it would have raised considerably more revenue for the cash-strapped State with its higher licensing fees and limitless number of licenses available.

SB 1366 also had the support of the Morongo Band of Mission Indians, the Commerce Club, the Bicycle Casino and Hawaiian Gardens Casino, who had agreed a partnership with the Rational Group to fast-track PokerStars back into the Californian market.

Where Does this Leave Online Poker Legislation in California?

The second proposal for legalized online poker in California is AB 2291 – the brainchild of Assemblyman Reginald Jones-Sawyer (D-Los Angeles) which has the backing of the California Tribal Coalition. AB 2291 has many contentious issues that have stalled its progress to date including:

The final issue is the one which is likely to see AB 2291 running out of time in the current legislative session. The horseracing tracks have significant allies in the Assembly and Senate who would oppose the passage of the Jones-Sawyer Bill and, with the Californian Tribal Coalition prioritizing their own interests and refusing to take a softer line, it appears no compromise will be found for AB 2291 to become law within 2014.

Lawmakers and Tribes Happy to Wait another Year

While the delay in regulating online poker in California may be frustrating for poker players and the poker companies, John Pappas – Executive Director of the Poker Players Alliance (PPA) – recently theorized that the State´s lawmakers and fragmented tribes also wanted to get it done right.

Speaking at the recent Global iGaming Summit and Expo (GIGse) in San Francisco, Pappas commented that it would suit all interested parties to delay legislation in order to sort out their alliances and fundraise in preparation for another round of discussions.

Pappas also suggested that Californian lawmakers are keeping an eye on developments in other States to see how regulated i-gaming develops elsewhere. Unfortunately, California´s SB 1366 and AB 2291 were the last opportunities for any online poker legislation to be passed this year, and the lack of consensus in California could result in fledgling legislation being shelved elsewhere in the US.

Currently, the only black-and-white legislation relating to online poker in California is that it is illegal for a company to provide online poker from within the State. Online poker players are therefore free to play on poker sites in other jurisdictions.