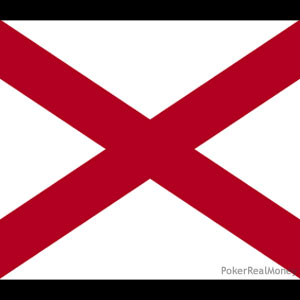 Del Marsh – the Republican Senate President Pro Tem – has introduced a Bill that would legalize a state lottery and casinos in the Yellowhammer State.

Alabama has been an anti-gambling state since its constitution was first enacted in 1901. Other than some limited pari-mutuel betting opportunities at the state´s racetracks, the only legal forms of gambling in Alabama are charitable bingo and slots at three tribal casinos.

The lack of betting opportunities has driven Alabama´s gamblers out of state to play at casinos in Mississippi, Tennessee, Georgia and Florida; and Senator Marsh believes that the passage of SB 453 would keep the millions of dollars spent out of state in Alabama.

Just three years ago, Republican representatives attempted to introduce a Bill (HB 414) that would classify illegal gambling as a Class C felony (the same as criminally negligent homicide), and that would enable law enforcers to lock up gamblers for up to ten years.

Now, in what appears to be a policy U-turn, Republicans are calling for the introduction of a state lottery and the creation of casinos at the state´s four greyhound tracks. The Bill´s supporters claim that the revenue generated from legalized gambling in Alabama will avoid a $541 million tax hike proposed by Governor Robert Bentley and create 11,000 jobs.

Senator Marsh´s proposals include a passage that would authorize the creation of a compact with the Poarch Band of Creek Indians – the only federally recognized tribe of Native Americans in Alabama – to expand their gambling operations. This is a proposal that was first suggested last August when the legalization of gambling was being considered as a fix for a hole in Alabama´s budget.

Constitutional Amendment would be Required

Marsh´s proposed legislation comes just weeks after a study conducted by the Auburn University of Montgomery found that an expansion of gambling in Alabama would generate $400 million in tax revenue and have an economic impact of $1.3 billion.

The creation of a lottery and the expansion of gambling opportunities would require an amendment to the Alabama State Constitution, and Senator Marsh is keen to push for a state-wide public vote as early as this coming September. This would mean having his proposals passed by the Senate beforehand, but Marsh is confident that he has the necessary support to bring his Bill to the vote.

William Bell – the Mayor of Birmingham, Alabama – has already added his voice to those in favor of the Bill. He said that Senator Marsh´s proposals would bring “economic vitality” to the state. The Bill has already been referred to the Senate Committee on Tourism and Marketing, where it will be discussed as early as next week.

Calling for the accelerated passage of the Bill, Senator Marsh said:

He has a point!