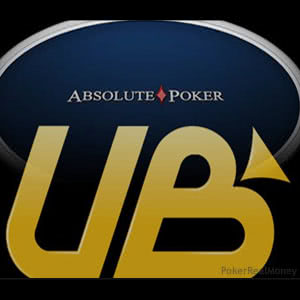 Former Absolute Poker and UltimateBet players will receive another $1 million in the latest wave of reimbursement approved by the U.S. Department of Justice in the ongoing remission process.

This marks the third batch of payments to ex-players since it was revealed last year that money remaining from the Full Tilt Poker claims process would be used to make UB and AP customers whole. The exact amount set to be paid out in the newest announcement is $1,084,200.97 to about 450 petitioners.

That announcement was made on the official Absolute Poker claims website by Garden City Group (GCG), the claims adminstrator assigned to review the petitions filed by former players. The GCG is working hand in hand with the DoJ on the matter, as was done with Full Tilt claimants.

More Than $38 Million Approved So Far

It came as a complete surprise to former AP and UB players when the DoJ revealed in the spring of 2017 that leftover FTP funds would be landing in the bank accounts of Cereus Network players – the poker network that hosted both poker rooms. Later that summer, the first round of payments were approved and eventually released to players in the U.S. and overseas, totaling roughly $33.5 million to some 7,400 petitioners who filed timely and undisputed claims.

The next wave of reimbursement occurred in October 2017 and sent about $3.7 million to approximately 4,600 additional petitioners. With this latest wave of payments announced in mid-March, the total paid out in all three batches will have surpassed $38 million.

As was done in the previous remission payouts, players are to submit their bank account information to the GCG after prompting from the claims administrator to do so. Reimbursement for most claimants, particularly those in the U.S., will then be effectuated via electronic ACH.

Approved petitioners located abroad can expect to receive cheques in their foreign currency. Instances in which that cannot be successfully accomplished will result in payment via foreign currency wire or a cheque in U.S. dollars.

The remission process came about following the Black Friday debacle in April 2011 when the DoJ banned the top online poker sites from servicing the U.S. market. The domains of PokerStars, Full Tilt, UltimateBet and Absolute Poker were seized, tying up millions of dollars in player funds.

PokerStars promptly reimbursed its U.S. customers and continued operating in non-U.S. jurisdictions. Full Tilt was found to be completely mismanaged by its player/owners and the site was eventually purchased by the parent company of PokerStars, with an agreement worked out with the DoJ that former FTP players be reimbursed following the review of claims.

With an excess of funds following that remission process, the DoJ did the right thing by then announcing reimbursement for former AP and UB players, even though it had been a long six years since those players had been estranged from their money. FTP, PokerStars, UB and AP were all named in the lawsuit initiated by the DoJ on Black Friday.