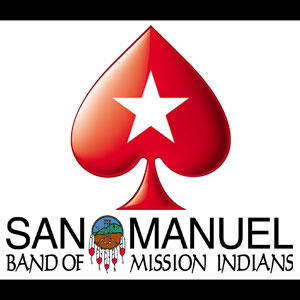 One of the biggest opponents of PokerStars´ re-entry into the Californian poker market has had a change of heart and now joined the pro-PokerStars coalition.

According to a press release issued by Amaya last night, the San Manuel Band of Mission Indians has joined a coalition of pro-PokerStars supporters which includes California’s three largest card clubs – the Commerce Club, the Hawaiian Gardens Casino and the Bicycle Casino – and the Morongo Band of Mission Indians.

Describing the news as a “new day” towards poker legislation in California, the press release went onto say that the Amaya-led coalition will work together to advocate for online poker and join together in a post-legislation California to operate a licensed online poker site.

As recently as March 2014 – in support of the California Tribal Business Alliance (CTBA) – the San Manuel Band of Mission Indians had signed a letter opposing PokerStars re-entry into the Californian online poker market on the grounds of PokerStars being a “bad actor” for providing an online poker service in California following the passage of the Unlawful Internet Gaming Enforcement Act (UIGEA).

The CTBA was also opposed to racetracks operating online poker sites in California, and this led most observers to believe that the tribal alliance had no genuine moral objection to PokerStars re-entering the online poker market and just wanted to protect their own tribal gaming interests.

This opinion was enforced in April 2014 when a hearing of California State Assembly’s Committee on Governmental Organization discussing the Public Policy and Fiscal Implications of Authorizing Intrastate Internet Poker in California was hijacked by anti-PokerStars campaigners.

One of the most vocal anti-PokerStars campaigners was Lynn Valbuena from the San Manuel Band of Mission Indians, who advised the committee members of a survey which allegedly showed 73% of Californian voters held the opinion that companies who had previously violated Californian online gambling laws should be excluded from any future legislation.

The Implications of San Manuel Support

No reason has been given for the San Manuel Band of Mission Indians jumping ship, and Amaya´s press release was filled with the usual plethora of platitudes that accompany such announcements – including one from the previously mention Lynn Valbuena in which she said the tribe was pleased to join the coalition. She continued:

We are convinced that the various interests must work together if we are to be successful in establishing a well-regulated environment and the best-in-class Internet poker industry for California.

Various commentators have provided contrasting opinions on what the implications of the San Manuel support means for the pro-PokerStars coalition; with Forbes contributor Kellen Giuda tweeting Bad actor clause will be gone. Only a matter of time, while Chris Krafcik – the Research Director at Gambling Intelligence – tweeted 2 equal forces (Morongo-San Manuel group, Pechanga group) pushing same object in opposite directions = no movement.

Krafcik´s lack of enthusiasm could be based on a recent interview with the tribal chairman of the Pechanga Band of Luiseno Indians – Mark Macarro – which was published on the igamingbusiness website. In the interview, Macarro was asked whether the purchase of PokerStars by Amaya had done anything to change the tribe´s position on PokerStars entering the Californian online poker market. Macarro answered with one word – Nothing.

Possibly the most accurate test of whether the shift between the two parties means anything will be when Assemblyman Reggie Jones-Sawyer introduces his revised Internet poker bill into the house. Back in August, Jones-Sawyer announced that racetracks would be included in his proposed legislation and that his new bill would be contain language to ensure any bad actor clause is applied fairly and avoids the possibility of future legal challenges.

The revised Jones-Sawyer bill is expected to be introduced into the house next month.