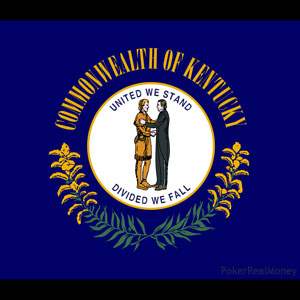 Senator Mike Wilson (R-Bowling Green) has introduced a Bill into the 2015 legislative session to clarify the situation regarding online gambling in Kentucky.

Most residents of Kentucky will be aware that gambling in the Bluegrass State is illegal unless it involves horseracing or the lottery. Some charitable bingo is allowed and a handful of licensed casino parties are permitted each year, but other than that gambling is a no-no.

Despite this, hundreds of Internet cafes have sprung up throughout the state offering gamblers the opportunity to play casino games and poker online. This is because Kentucky law relies on the Dominant Factor Test (skill -v- luck) to overcome claims that it is being hypocritical by allowing betting on horseracing but not other forms of gambling.

As the Dominant Factor Test can be applied to online poker – and some will claim to other forms of online gambling – the Commonwealth of Kentucky has barked a lot about online poker being illegal (it once tried to seize 141 domain names including PokerStars.com) but never bitten – and online poker players can continue to enjoy playing their favorite pursuit without fear of prosecution.

Because of this “gray area”, Senator Mike Wilson aims to combat online gambling – not by making the act of online gambling specifically illegal, because that would attract claims of hypocrisy – but by criminalizing the cafes that offer gamblers the opportunity to visit online casinos and online poker sites.

His (alleged) motive for introducing BR 299 is to protect the income of charitable gaming organizations such as VFW, American Legion (of which Senator Wilson is a member) and the Knights of Columbus – who, Wilson claims, are being hurt “big time” by gamblers investing their money at Internet cafes.

What Wilson fails to acknowledge in his Bill to prohibit online gambling in Internet cafes is that if he made horseracing illegal rather than online gambling, his charitable gaming organizations could benefit by billions of dollars each year that is bet at Kentucky racetracks (*).

(*) We know that argument is ludicrous, but so is Senator Wilson´s belief that all the money currently gambled in Internet cafes would automatically find its ways to the charitable gaming organizations.

What Will Wilson´s Bill Means to Online Gamblers

Senator Wilson seems to be targeting the Internet cafes rather than the patrons that use them, and the “gray area” of whether online gambling is legal or not is likely to remain irrespective of whether his Bill is passed.

Kentucky´s bark has dissuaded some online poker sites from offering a service to the Bluegrass State (the Merge Gaming Network and the Revolution Network will not accept new players from Kentucky), but there are still opportunities for Kentuckians to play online poker at sites such as Americas Cardroom and Full Flush.

The Bill, if it is passed, will not help any attempts to regulate online poker in Kentucky, but as the chances of regulation in the near future are practically zero, Senator Wilson´s Bill with have very little impact at all. All it will do is stop Internet cafes from providing a service to online gamblers and make them play somewhere else.

Almost makes you wonder why he bothered with it in the first place.